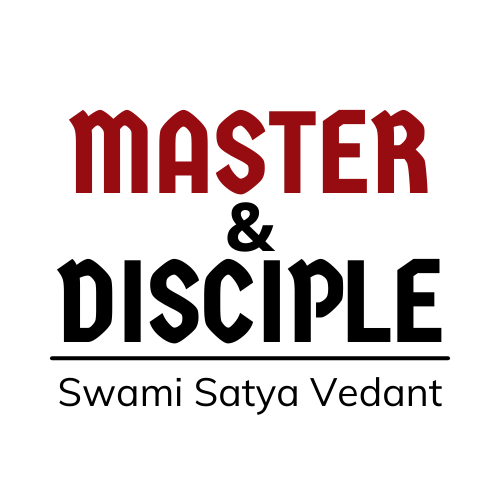 Consciousness is one thing present in all of us. And yet, we are hardly ever aware of it. Accept for those who are enlightened, it remains a mystery. It is only through the technology of Yoga that one can approach, experience and change consciousness. This is the kind of technology that is concerned not with managing the world of matter or information, but with the management of mind. When sage Patanjali defines yoga as “chittavrittinirodha” he is talking about the consciousness technology.

How is Patanjali’s phenomenal work on Yoga relevant today? How can it be of help to men and women in modern times? Indeed, we are living in stressful times — perhaps humanity was never been under so much stress as it is today. Although Mankind has lived through acute stress most of its long history, but modern life seems to be suffering from a chronic tension. There is no sense of security or safety, there is hardly any hope for peace and contentment, and there is no clear understanding of how to find total relaxation. The life is felt like one long traffic-jam. This traffic-jam syndrome can apply to our careers, our marriages, our children, our education, our pursuit of status, recognition, success and so on. Whatever may be its source, the point is, stress has become a pervasive force in the kind of civilization we have created.

There is now a growing body of evidence to relate the physical un-wellness to stressful life. Too often we dismiss the psychological causes of illness as trivial or irrelevant. Very often people suspect that psychological factors in illness are merely invented explanations for the bodily pain and suffering. They are not, and this fact is being increasingly emphasized by physicians. The relationship between the physical and the psychological is obvious. Under stress, energy is consumed at a higher rate. Respiratory problems become acute, pulse rate and blood pressure increase, metabolism and the immune system are adversely affected.

Western psychology attempts to find remedy for the psychological problems through the vast psychiatric and mental therapeutics industry. The individual is treated not to cure the mind but to adjust the mind like a mechanic fixes a malfunctioning part of a machine. Despite all the time, money, and effort invested over this fact in the last century to implement some of the approaches of Western psychology to the individual’s misery and confusion, there is precious little to show for it. Disturbed and depressed people can be found everywhere — including among the psychiatrists!

In this context, it is critical to recognize the contribution Patanjali has made to the understanding of our inner world, which is especially relevant to our times. Patanjali’s five thousand years old treatise on Yoga is basically a profound and scientific approach to the nature of our beings. In his commentary on Patanjali’s Yoga Sutras, the contemporary enlightened mystic, Osho, describes Patanjali in these words:

“ Patanjali is like an Einstein in the world of Buddhas. He is a phenomenon…He has the same attitude, the same approach of a rigorous scientific mind…He is basically a scientist, thinking in terms of laws. And he has come to deduce absolute laws of human being, the ultimate working structure of human mind and reality”. (Yoga: The Science of the Soul, Vol. 1, p. 10).

Yoga Sutras are a practical, down-to-earth guide for anyone interested in embarking on the most miraculous journey of scientific discovery ever. In the most clear and precise terms it shows how we can move from our circumference to our center, how we can travel from our body inward to the center of our being. Patanjali is not interested in adjusting the mind; rather, his main focus is on freeing the individual from the slavery of mind — from the imposed conditioning, cluttered ideologies, and hypnotic responses to the outer stimuli. In other words, Patanjali begins at the root of the problem — the mind, and his strategic cure is: chittavrittinirodha, cessation of the mind. His process is “deconstructing” the mind — the intrinsically dualistic structure – thus healing the individual from within.

Yoga is, as Patanjali defines, a discipline — athayoganushasanam. But it is not limited to the physical discipline for attaining fitness of the body as is generally perceived today, especially in the West. Osho’s insight is very helpful in this matter. He explains:

The underlying problem with Yoga practice today is that, it generally means “asanas” or body postures. But this is the third step. Patanjaly clearly states that ‘yum’ is self- regulation and balancing one’s life. Next is ‘niyam’ or personal ethics, self-discipline or code of conduct. Once these two steps are adapted then start ‘asanas’.

Hence in essence, discipline, according to Yoga, is an effort to change oneself. But it is not a therapy either as is being seen in the West. Psychologists tend to take the basic mechanism of change as resolution of crisis through analysis and reflective dialogue. They look into the deviant and the pathological substance of the mind for finding a way to conflict resolution. Once again, it is an attempt to help the individual adjust. But if the outer, social structure is pathological, then what is the way out? A therapy may assist the individual becoming normal in the sense of adjusting in the society — but if the society itself is suffering from disorder, confusion, and hopelessness, then?

As we look at the state of our world today, it is obvious Patanjali’s Yoga is extremely relevant and useful for our survival as a species. However, unless Yoga, as defined by Patanjali becomes the center of our lives, we will only repeat the same stupidities and suffer from the same miseries as we have been doing so for centuries. The science of Yoga, therefore, is essentially a steppingstone which can lead one to the waterfall of samadhi — the state of total resolution, the state of total contentment, the state of supreme consciousness.